7 Secrets of the ENTP Personality Type

7 Secrets of the ENTP Personality Type 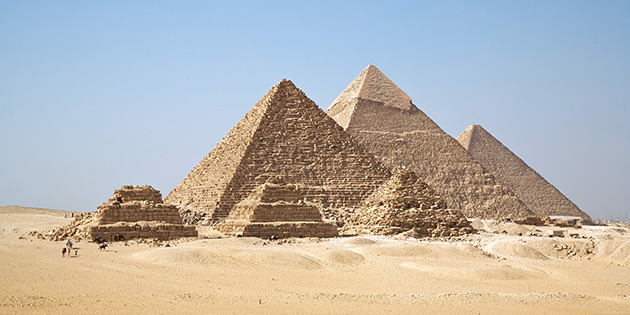 ENTPs are insightful, enthusiastic people with a huge capacity for knowledge, analysis, and personal growth. They are upbeat, “big idea” people who are always pursuing then next big thing. They have a love of debate and a direct nature that might be overwhelming for some people. They love generating new ideas and theories with their capable and insightful minds.

Secret 1# They Probably Understand Things Much Better Than You Do

ENTPs have a deeper understanding of their own environments than any other type (with the possible exception of their ENFP counterparts.) Their main interest in life is to understand the world they live in, and their intuitive capacity to do this gives them an advantage over most people. They understand things thoroughly by using their intuition to quickly and accurately process information. They are easily able to recognize patterns that other people would overlook. This natural, intuitive understanding of the world comes with one drawback, though: like INTJs, they sometimes have difficulty explaining their understanding to others. Their conclusions are so intuitive and obvious to them that it’s hard to break them down into understandable pieces for others to consume. People with the ENTP personality type don’t wait for people to catch up, either. They move on to the next topic before anyone else has had a chance.

ENTPs are debaters. They are quick-witted and love to argue for the fun of it. They’re often called devil’s advocates because they will argue for or against anything, no matter what the topic is. Their interest lies in making a case for something, whatever it is, by using their deep well of knowledge and their quick wit. ENTPs even enjoy arguing for the less popular side of an argument because it provides a mental exercise for them. And they will usually win with their original way of thinking and large store of knowledge.

Even if an ENTP is not a lawyer, people will often feel like he or she is similar to a lawyer in the sense that the ENTP personality type is willing to argue on either side, no matter which side is “right” or “wrong.” As a lawyer might defend a criminal that he knows to be guilty, he simply argues for that side because he happened to be assigned that side of the case, and he considers it a challenge. ENTPs who take this attitude too far can be considered immoral, but in most cases, their intent is merely to create an intellectual activity for themselves.

Secret 3# They are More Open Minded than You Think

Like other Intuitive Thinking types, ENTPs are interested in the truth, and their directness can be uncomfortable for some people. They say what they think without taking people’s feelings into consideration, and they don’t like people who beat around the bush. They’re annoyed by the societal tendency to preserve feelings instead of getting to the truth of the matter. So while they may be respected, they are not always liked.

However, ENTPs are quite socially tolerant and open-minded. Their capacity for intuition and original thought means that they see through much of the façade that society constructs around itself. Moreover, ENTPs are not very concerned with social expectations or what people are “supposed to” do with their lives. They seek environments that support creative growth. Their confidence and humor usually makes them attractive to others, as long as they don’t inadvertently hurt the more sensitive people around them.

Secret 4# They Can Be Absent-Minded

People with the ENTP personality type are not absent-minded professors, but absent-minded lawyers. Like ENFPs, they tend to jump around from topic to topic, but when they do focus on one subject, they put all of their efforts towards analyzing that one idea. This comes at a cost of ignoring everything else around them. When under stress, they might lose their normal ability to come up with new possibilities, and instead become obsessed with small details that aren’t even important to the big picture.

Secret 5# They’re Judging You Based on Your Ideas

As mentioned above, ENTPs are open minded individuals. They’re liberal when it comes to social norms and traditions. They can also be charming and popular individuals who attract many people to them. If there is anything that they will judge you for, it’s your ideas. ENTPs are willing to accept ideas that are different from their own, and they love to learn from other people’s perspectives, but if they find that your ideas are irrational or that you can’t defend them, they will become dismissive of you. ENTPs are fairly intolerant of those who don’t measure up to their standards of rationality, and they won’t spare your feelings about it.

ENTPs are generally confident in their ideas, but as Perceivers, they don’t have the level of decisiveness of a Judging type. Their minds jump from one interesting idea to another while they look for more information, and they can find it difficult to decide which idea is best. Even after their brilliant analysis, they might doubt their own conclusions.

To complicate this, ENTPs are big risk-takers. If they aren’t sure of themselves, they might bet a lot (of money or some other resource) on a half-formed idea. They’re always in danger of pushing too quickly past financial or personal constraints that should be more carefully considered. They also have a tendency to not follow through on their plans, which could make matters even worse.

Secret 7# Once They Have it Figured Out, They Move On

ENTPs strive for deep understanding in all things. They measure their success by those “ah-ha” moments that they get when they feel they’ve unlocked the mysteries of a given subject. They derive great satisfaction from this, but they immediately abandon it for the next adventure. Once they’ve figured something out, it becomes far less important to them because they can’t get any more out of it. ENTPs live on the leading edge of life, whether they’re putting their energy towards knowledge, power, career advancement, or personal development. Everything that came before was a stepping stone to where they are now, and they’re looking to the horizon for the next platform. 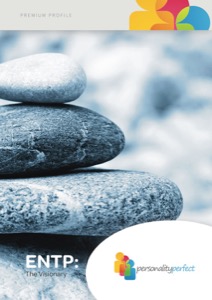 Understanding your personality is one of the most important things you can do to create a happy and fulfilling life. Read more about the ENTP The Visionary Premium Profile here!

Check out the Premium Profile for ENTP The Visionary!