What is Grit? 5 Signs you have it and 4 Tips for Developing It

What is Grit? 5 Signs you have it and 4 Tips for Developing It 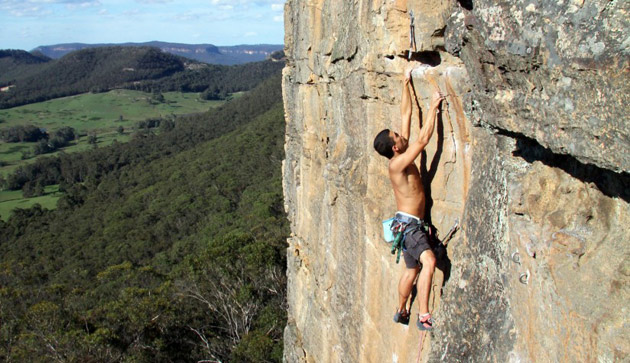 Grit is often found in the underdog—a person or fictional character who perseveres and ultimately succeeds despite the odds being stacked against him. Consider Frodo Baggins, the small Hobbit who had never been far from home, and was tasked with carrying a volatile object across the entire known world. With the help of a few friends and his own great determination, he persisted through many dangers and setbacks. If Frodo had been a wizard or had the power to fly, his journey would not have required any grit. It is grit that helps a person overcome his shortcomings or disadvantages and allows him to succeed.

If you want a dictionary definition of grit, here are two: “courage and resolve; strength of character,” or “mental toughness and courage.” You can find it in many people around you. It’s in the students who have to study hard to pass each test, and in the average athletes who become superstars after years of practice. It’s in small business owners who start with nothing and build a profitable business over time, and it’s in a tired parent who does her best every single day.

Angela Duckworth, a University of Pennsylvania psychologist and MacArthur “genius,” recently defined grit as a child’s “perseverance and passion for long-term goals.” Many studies have shown that this type of attitude is a better indicator of future earnings and happiness than either IQ or talent. It seems that no matter how cheerful, smart, or talented you are, you won’t reach your goals unless you’re also willing to put in the work to get there, and that work often has to be done under difficult circumstances. The amount of grit that you have—your courage, perseverance, and determination—may be a better indicator of your ultimate results.

5 Signs You Have Grit

Grit is thought to be a trait of perseverance. A person who has perseverance will steadfastly pursue a task in spite of obstacles or distractions, and adds a layer of passion to it. If you have grit, you probably feel like once you’ve decided to do something, you’re “on a mission” to complete it and you won’t stop no matter what happens.

2. You Turn Lemons into Lemonade

People who are hardy often have grit because they persist through difficult circumstances. They can look at potential disasters and see them as opportunities for growth. Hardy people are those who rebuild their home after a tornado rips it apart, and they use it as an opportunity to build something better. They may be just as upset as someone without grit, but they literally grit their teeth and push forward.

Resilience is a good indicator of grit. If you’ve overcome tough adversity by adapting, and without giving up on your goals, you have grit. Psychologists often study resilience in children who come from “at-risk” environments or circumstances. Those who are born into luxury generally don’t need grit to thrive, but those who are born into adversity may need it simply to survive. Resiliency can also be found in those who have lived through a life-changing medical diagnosis and never gave up on their dreams, and even in those who have always just felt like the world was a little bit against them, but they kept trying.

4. You Enjoy Self Improvement

Grit is seen in people who have ambition, but not necessarily for the purpose of gaining fame and fortune. Rather, it’s in a desire to better themselves or their circumstances, to obtain personal goals, or to distinguish themselves from others through creativity or inventiveness. Gritty people push themselves to grow despite natural setbacks. They don’t worry too much about perfection, instead striving for excellence, or simply to become better than they were before.

5. You Have a Strong Will

If you have a lot of willpower or self-control, you might also have a lot of grit. Gritty people can control their emotions in the face of adversity, or at least handle their emotions well enough that they don’t derail their plans. More importantly, those with grit can set goals for themselves and steadfastly pursue them without wavering or straying too far from the plan.

Some people will naturally develop grit throughout the course of their lives, especially if they were born into difficult circumstances and strove to better themselves in spite of those circumstances. But if you feel like you might be lacking grit, and you want to develop some, here are some tips:

1. Take Any Step toward a Passion or Interest

Grit and determination are usually present when you’re pursing a goal that you feel is really worth pursuing. You won’t be as likely to power through tough times if you’re not all that interested or invested in what you’re doing. Start by taking any step you can toward something that you’re genuinely interested in doing or improving.

Often when we take up a new hobby or start working toward a new goal, things go pretty well until we’re suddenly faced with a problem. It can feel as if the problem is a test designed to determine whether we’re really interested in pursuing this goal. A person with grit will keep working with the mindset that this problem is just part of the overall process.

3. Attempt Something that Feels Difficult

Grit does not come from doing things that are easy. You’ll develop grit by pushing yourself to achieve in the face of difficulty. It doesn’t matter how others perceive the difficulty level of whatever it is that you’re doing—it only matters how much you’re pushing yourself. Doing something outside your comfort zone is a quick way to develop and grow as a person.

4. Re-Attempt Something You Gave Up On

The real spirit of grit is in striving toward something in spite of the fact that you have a hard hill to climb. It takes a lot of courage and determination to keep trying when you’ve already failed. But when you do succeed, the rewards are even greater because your perseverance paid off. Even if you never succeed at a particular battle, you can learn from what you did accomplish.

To date, most of the scientific information that we have about grit comes from Angela Duckworth’s studies. It shows that people who are willing to tirelessly work through challenges despite adversity are much more likely to reach higher achievement, so much so that it outperforms personality and IQ as a predictor of future happiness and success. So while it’s true that grit may be naturally forged in the hardships of early life, it can also be cultivated by those who wish to improve themselves. 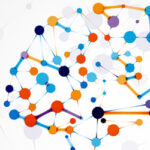 Do you have grit?

Check out your potential and your personality’s strength and weaknesses by taking our Free Personality Test now!